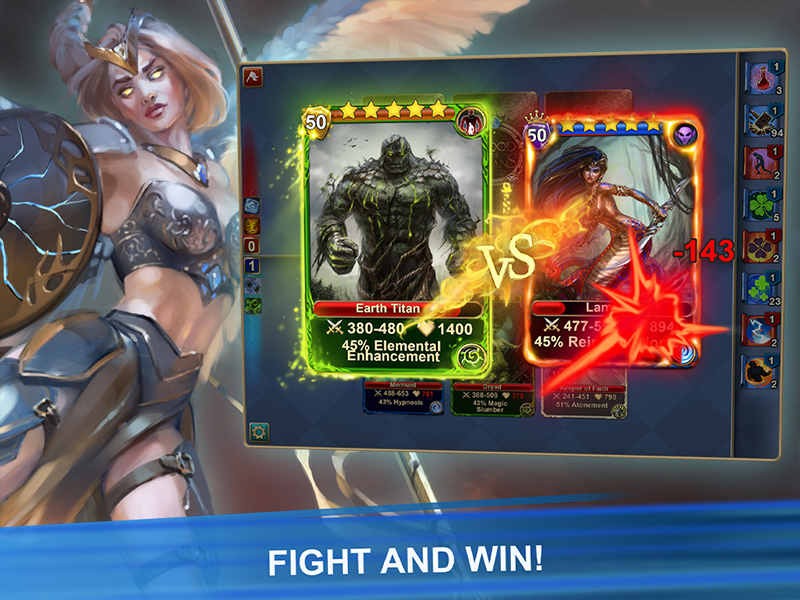 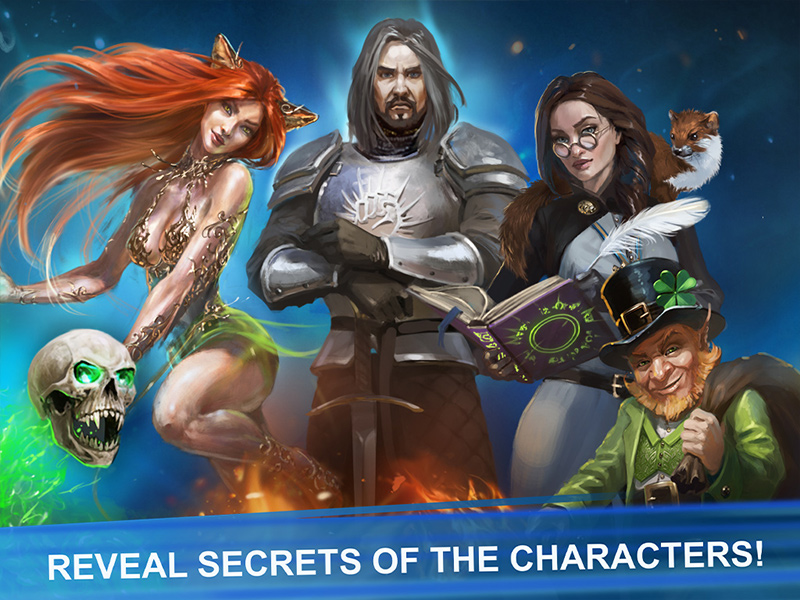 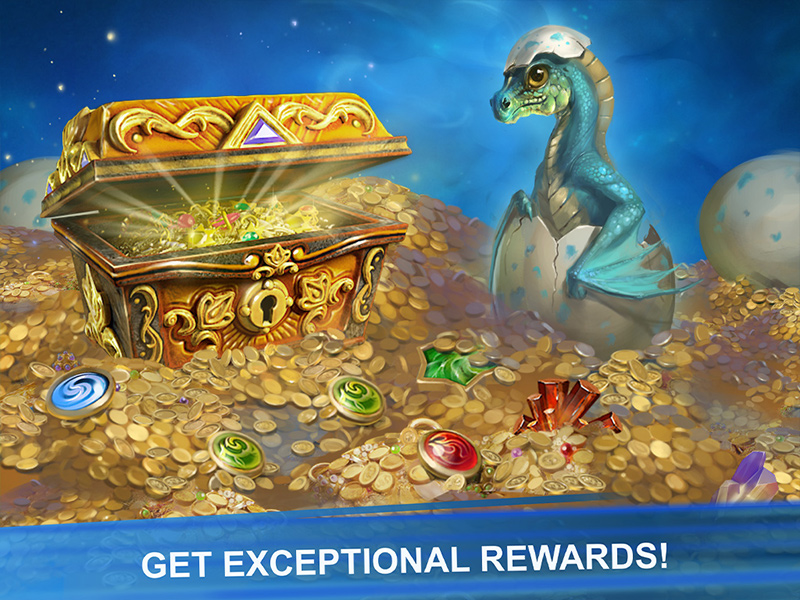 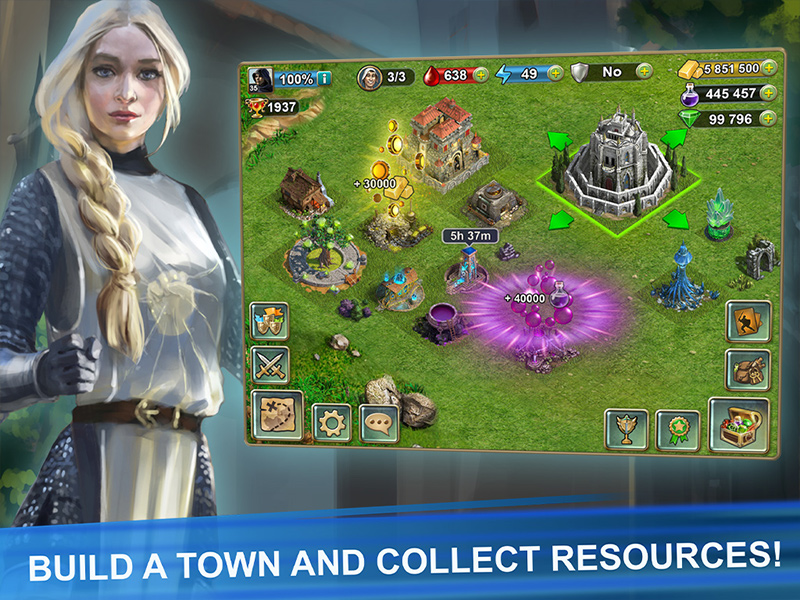 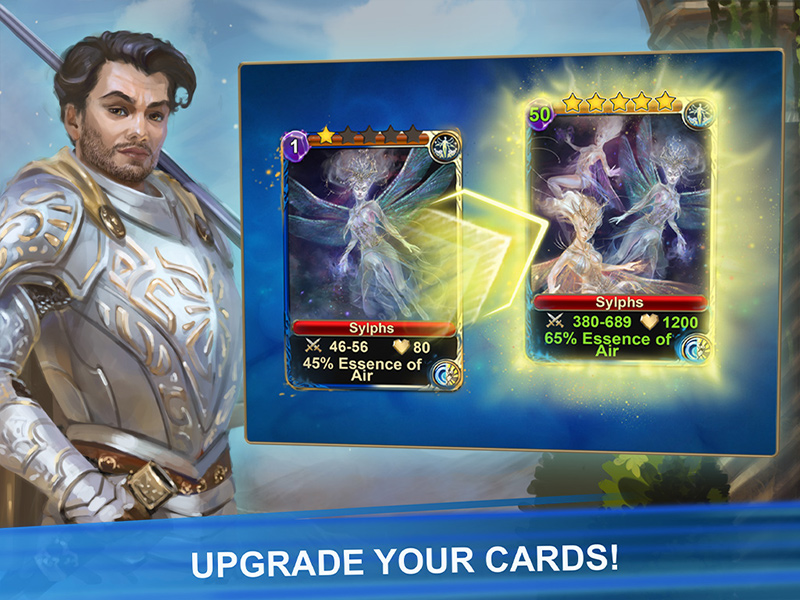 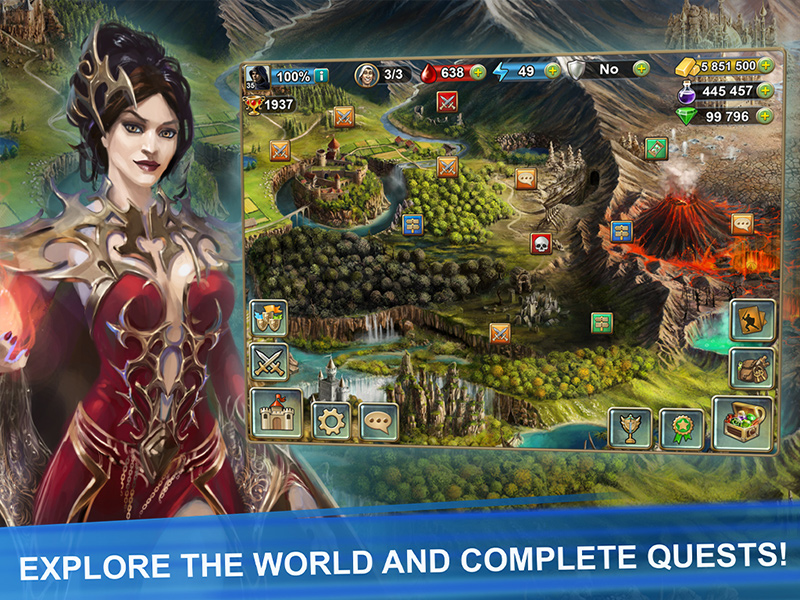 Blood of the Titans is a free collectible card game with a non-linear fantasy storyline, PVP and PVE battles, clans, tournaments, unique cards and deck builds. A horde of magical creatures and an army of humans will clash in an epic battle against the Order of the Burning Hand. Are you ready for the decisive battle?

Previously, this world was ruled by the Titans. Only True Magicians, in whom their blood flows, and you are one of them, can touch their power. It's time to reveal your gift and take the path of power and glory!

Collect and develop a unique deck of magic cards - exciting quests and breathtaking battles await you. Join the battle to defend and develop your lands, sending the best warriors to the battlefield: hordes of undead or squads of mercenaries, evil demons or winged beasts. Become the master of 5 elements, and even dragons will obey you!

Features of the World of Blood of the Titans:

Do you have the courage and determination to challenge the world of the Blood of the Titans, full of magic and secrets?